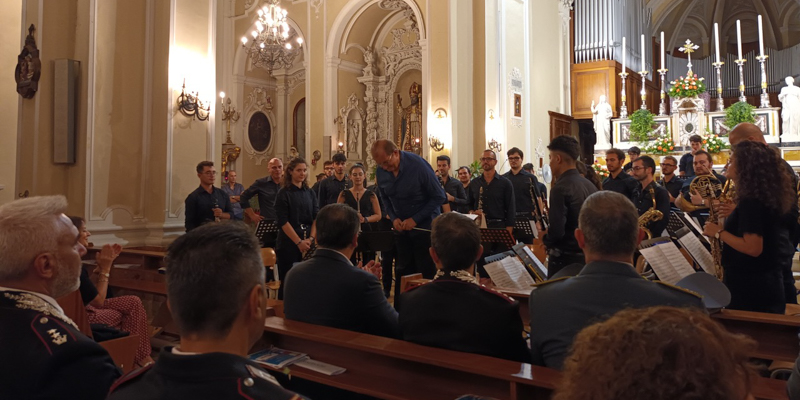 The Tito Schipa Conservatory of Music, in collaboration with the
Municipality of Squinzano, closed the summer artistic programming with the
concert with EarPieCe Ensemble in Squinzano.
The concert is part of the activities related to the interreg EArPieCe Italy-
Albania-Montenegro project in partnership with the Dhithec of Lecce, the
Campobasso Conservatory, the Akademia Muzika of Tirana and the
Montenegro Youth Orchestra of Ulcinj.
The research theme of the Interreg project is linked to popular music, its
variations in the various territories, the contamination between cultured
and popular music as well as the popularity of the use of the classical
repertoire.
The protagonists of event was the EArpieCe Ensemble of Wind Orchestra of
Conservatory with Francesco Muolo as conductor. The program was
centered on various compositions of Ernesto Abbato and his brother
Gennaro Abbate, the famous composers who worked for years with the
important band of the City of Squinzano.