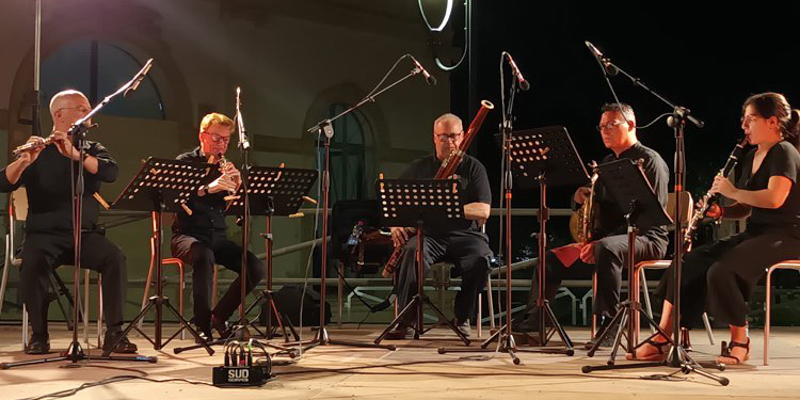 ALL AT OPERA
Overview

The "Tito Schipa" Conservatory of Music, in collaboration with the Municipality of Lecce, continued the summer artistic programming at the Villa Comunale with a very interesting concert entitled “ALL AT OPERA”. The concert was part of the activities related to the interreg EArPieCe Italy-Albania-Montenegro project in partnership with the Dhithec of Lecce, the Campobasso Conservatory, the Akademia Muzika of Tirana and the Association of Young Artists of Montenegro. The research theme of the interreg project is linked to popular music, its variations in the various territories, the contamination between cultured and popular music as well as the "popularity" of the use of the classical repertoire.

A large audience took part in the event scheduled in the most important historical park in the City of Lecce. Transcriptions for wind quintet were central point of the event.  The transcriptions from the opera theater repertoire for various formations, including the wind quintet, in fact represent a powerful vehicle of knowledge and diffusion in vast and varied social contexts of the main compositions of the great opera players. The popular use and knowledge of the great masterpieces of the opera house was ensured by the infinite executions entrusted to instrumental ensembles which were in turn born in contexts, including amateur and popular ones.